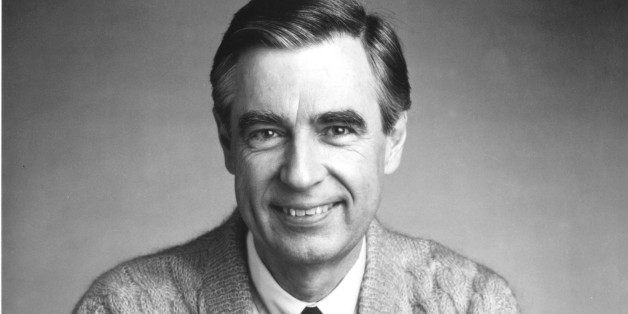 This not a lesson on social media marketing strategy. Rather, it’s a heartfelt, personal message to my friends, fellow Americans, fellow humans.

I’m compelled today to beseech everyone to quell your instinct to lash out, insult, use profanity, or otherwise hold anger, and hatred for those with whom you may disagree with or hold opposing values and views. These feelings are destructive to YOURSELF, OURSELVES, and to the fabric of our friendships. (We ARE friends, aren’t we?)

What Would Mr. Rogers Do?

Mr. Rogers would never suggest we harbor ill will for those with whom we disagree. He would have us transcend the urge to think up our next harsh response to a politically-charged post. Profanity and insults?…nothing good can come of it. Neither the deliverer nor the recipient gains. I contend the deliverer suffers the worst of it.

Do you find yourself capturing soundbites from the news so you can regurgitate them on Facebook? Hey, it’s okay to have your opinions and stand firm on your values, but it’s often at the expense of squaring off with your Facebook “friends” and there’s so much more productive, positive, inspiring, and hopeful things to share.

Share. Don’t fight. Don’t curse. A lot of us were friends in grade school. Politics were the same then as they are now. Not much different. There were these political parties with drastically opposite views and values. There was corruption. There were lies. Abuse of power, injustice, bigotry racism…these are a part of the human condition since the beginning of time. Mr. Rogers wouldn’t suggest bickering about it, you think? What would Mr. Rogers do?

Progress Can Be Made in a Healthy Debate

A debate doesn’t include slinging insults, name-calling, or profanity. STOP IT! It’s useless. It doesn’t further your cause, your hopes, it doesn’t move ANYONE to your way of thinking. You may gain support from a few who share your views, but what has been gained? Nothing. If these things fuel your ego, I suggest some introspection. (I admit my occasional guilt-sans the insults and profanity.)

Let’s ALL be friends again.

We’re not here to fight it out on every value we hold. We’re not here to pick a fight at every opportunity, are we? Standing up for what you believe in is a fine virtue. But there’s a time, and a place, and ways to do it far more appropriate than can spill impulsively from the fingertips to the interwebs.

Resist the urge to blurt out curse words and insults. “Think before you speak.” That was always sound advice. Choose to “think before you type” before you approach the social networks.

Let us know what you like and don’t like. Tell us what you agree with and what you don’t. Tell us why! And if you share, remember this: you’re sharing in a public arena and YOU HAVE INVITED US IN! If you don’t want our response or you don’t want to deal with responses which conflict with your values or expectations, perhaps you should be writing in a journal or diary instead of the ether where it’s fair game for everyone.

I care about my friends, regardless of their politics. I don’t expect to change your views but I do hope to influence you to be positive and friendly. Think about Mr. Rogers and what he would advise us to do before you post or respond to posts.

About the Author Andrew Mazer

Andrew Mazer, Founder of Mazer Wholesale, Inc. established since 1986. In 1996, I began marketing my wholesale business online. In 2009, I began helping other business owners market THEIR business online. I am the author of The Business Owner's Guide to Marketing Online, The Groupon Solution, and The One Good Idea Newsletter. Contact me at Andrew@smallbusinessu.org

How to Prepare for Business Networking

Personal Branding- How to Attract Your Ideal Client, Customer or Patient

ONE Thing You Can Do To Improve Your Business, Your Income and your Life