Why Multi-Tasking is a Lie. How to Become More Productive and Manage Time 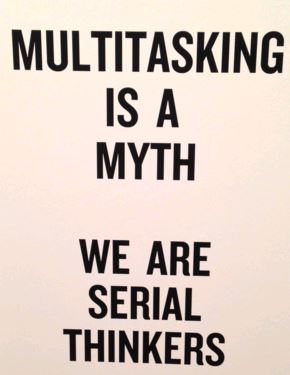 Don’t fall for the multitasking myth. It will never serve you well.

Multi-Tasking is Not Good On a Resume

Brag about being a good multi-tasker? Prove it. Studies show quality and productivity of “multi-taskers” never outperform focused attention on one task done at a time in succession.

You are really not doing more than one thing at a time. You’re actually bouncing between two or more things but you’re not doing anything at the same time. Bouncing around from one thing to the next reduces your effectiveness and your concentration and robs any chance of gaining momentum which is essential for quality work true  productivity.

Even the fastest and most powerful computers do not actually multitask. They switch.  They alternate from one function or task to another.  The faster the computer the less noticeable but it’s true.  Even the fastest computers noticeably slow down when resources are burdened with multiple tasks.

Time management and productivity are often on our priority list especially when it comes the turn of a new year. We invest in the next fancy calendar or other time management gadget with the hopes that this year we’ll figure it out and do better in this department of our business and our lives.

The Answer to Time Management and Productivity Lies in Behavior.

Concentrated focus on the highest value task at any given time is the answer. “What should I be doing right now? What is the highest value, most important thing I can do?” Ideally, these should be planned out the night before so you will start the day ready for action.

Not only will this put you on the fast track to greater achievement and more success but it will also make much of the lower value tasks which you normally get into less necessary or even unnecessary. They will either become unneeded or easier for you to delegate.

Delegating is a Powerful Time Management and Productivity Tool 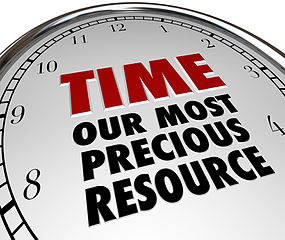 More focus on the highest priorities is more effective than multi-tasking.

When delegating becomes more valuable than doing, then delegating will be on your hierarchy of priorities. Learning how to give $10 an hour work to $10 an hour people instead of doing it yourself will become almost like an income stream because you’ll be able to focus even more on highest-value stuff…which is usually more enjoyable as well.

By the way, taking rejuvenation time during your day is equally important. When you expend your highly focused energy on high value tasks, you need to replenish. You deserve a 10-30 minute wind down and a snack so you have the energy and focus for the next highest value task.

This is easy to understand but not easy to do. For most of us, it requires a change in habits which is a worthy topic for another article.

About the Author Andrew Mazer

Andrew Mazer, Founder of Mazer Wholesale, Inc. established since 1986. In 1996, I began marketing my wholesale business online. In 2009, I began helping other business owners market THEIR business online. I am the author of The Business Owner's Guide to Marketing Online, The Groupon Solution, and The One Good Idea Newsletter. Contact me at Andrew@smallbusinessu.org

How to Prepare for Business Networking

Personal Branding- How to Attract Your Ideal Client, Customer or Patient

ONE Thing You Can Do To Improve Your Business, Your Income and your Life